First of all, you have to choose what level of difficulty you wish to pass game – Mortal (low) or Hero (medium). If you are an experienced player in God of War, we recommend that you start with the Hero. If you first take part in the fate of Kratos, start with the level of Mortal and smoothly adapt to the new world.

Chose your destiny? Now it’s time to meet with demonic creatures that are just waiting for your arrival on the shores of Atlantis. 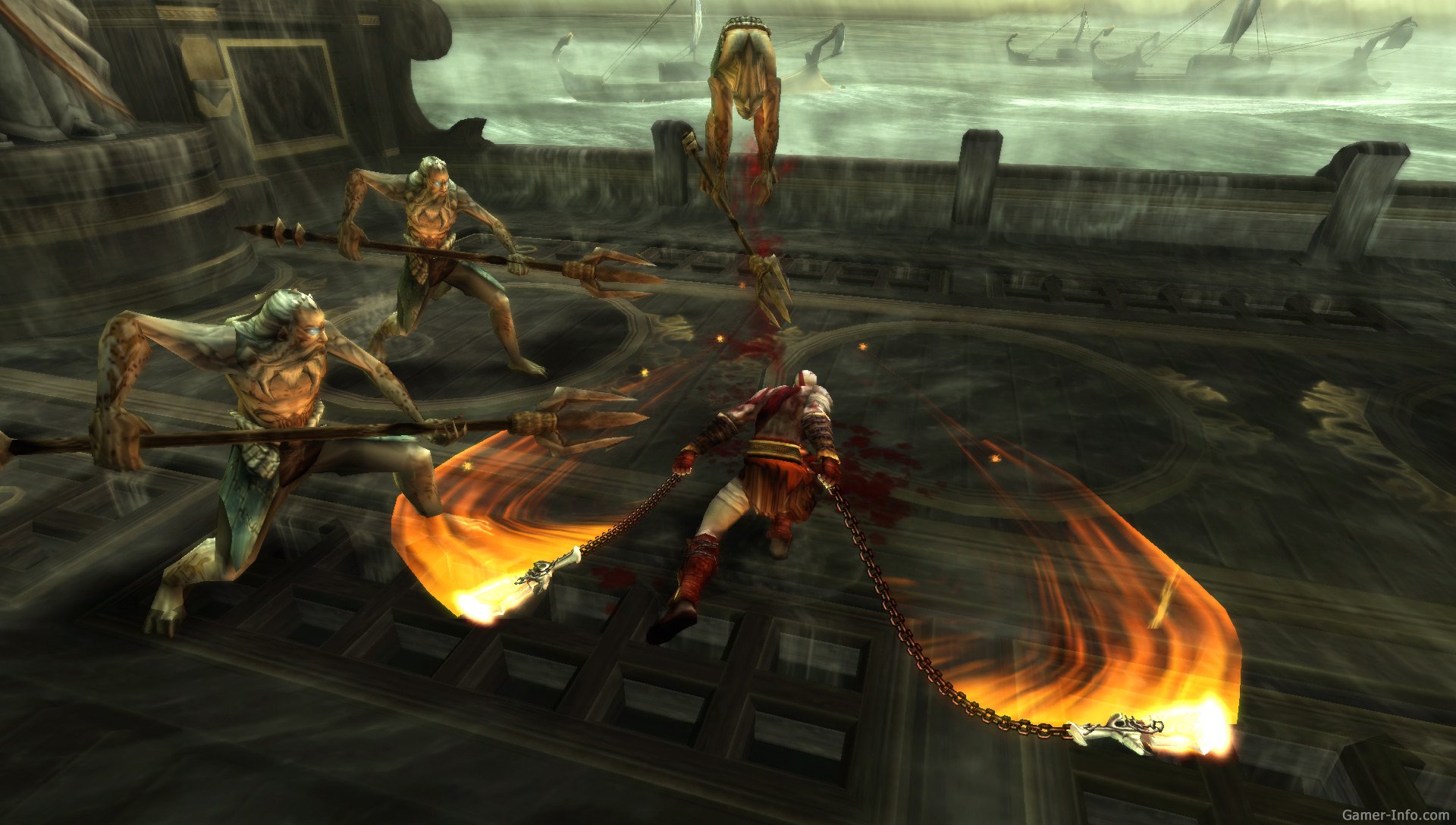 Light attacks are performed by pressing the “Square” and a stronger “Triangle”. In melee you can grab opponents and strike them heavy blows with the button “Circle”.

If in the demo you are caught (and it will happen!), The Kratos and his enemies have to fight. Alternately press the L and R buttons to break free and attack the enemy. Holding the L button will allow you to block enemy attacks, and if timed precisely, you can stun the enemy and with one blow to finish him.

One of the most powerful punches in your Arsenal – the one you start the attack. It is produced by pressing and holding button “Triangle”. And he is so strong that throws the enemy high into the air, making him helpless, which means you will be able to hold a whole series of strikes before the foe can stand on his feet. But powerful enemies, this attack will not work, so I have to give them different tactics. 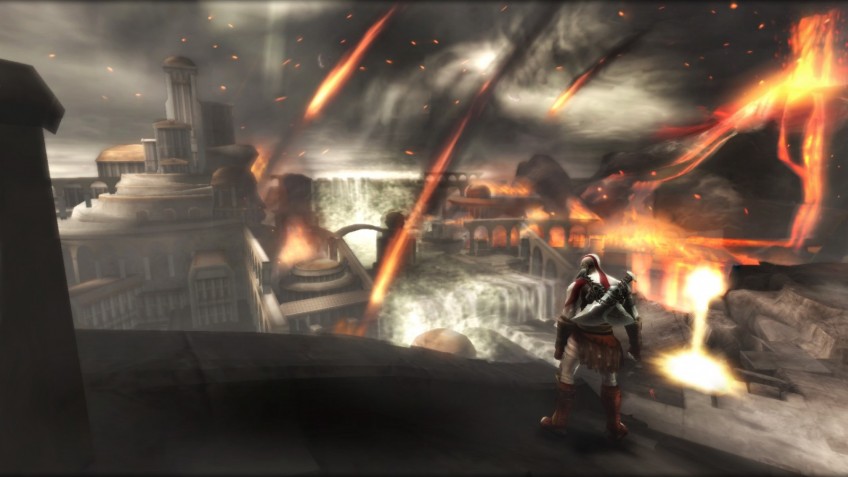 In the new game, Kratos has acquired additional weapons and learned some new techniques, including throwing of Hyperion (Hyperion Charge), which is performed by pressing the “Circle” while holding down L. This attack allows you to knock down the enemy, finishing off with a series of shots.

Also, Kratos now available Eye of Atlantis (Eye of Atlantis) – magic weapon, to which you will be able almost at the beginning of the demo. It is an ancient artifact that allows you to throw opponents ball lightning. Especially useful Eye will be when meeting the opponents against whom physical power is not enough.

Get ready for the meeting with Scylla

Somewhere in the middle of the demo of brave Spartan will have a meeting with Scylla – a sea monster with powerful tentacles, but that’s not the worst of mythological creatures, with whom you have to deal with in God of War: Ghost of Sparta. Besides, in the demo you will see only part of the battle between the Scylla and Kratos.

Are you ready for the new adventure of Kratos in Ghost of Sparta for PSP? Then go ahead!!!